Pert Near Sandstone & MoonCats at The Custer Beacon

11jun7:00 pmPert Near Sandstone & MoonCats at The Custer Beacon 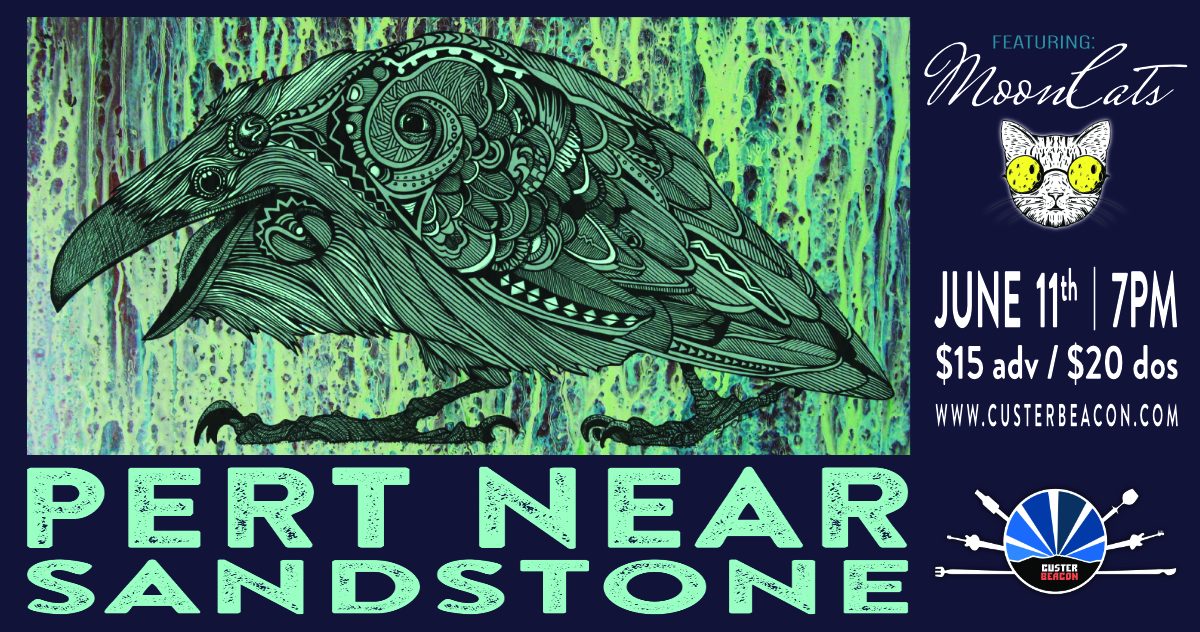 Pert Near Sandstone is back at The Custer Beacon, with an opening set from MoonCats! $15 adv / $20 dos

Pert Near Sandstone is back at The Custer Beacon, with an opening set from MoonCats!
$15 adv / $20 dos
PERT NEAR SANDSTONE
Pert Near has had the privilege of co-founding, curating and hosting the Blue Ox Music Festival. Formed by old friends in 2003 within the vibrant Minneapolis music scene, they have been tireless stewards of the midwestern roots music community. Performing with infectious energy and an undeniable joy, Pert Near’s strong songcraft melds with old-time sensibilities in a unique brand of modern string band music they deliver to fans around the world. Their new album, ‘Rising Tide,’ is now available.
Crossing Old-time instrumentation with contemporary sensibilities, Pert Near Sandstone first emerged from Minneapolis in 2007 with their acclaimed debut, ‘Up And Down The River.’ Over the course of five more studio albums and several live releases, they established themselves as standard-bearers for the versatility and vitality of the Midwestern roots music scene, performing onstage with the likes of Steve Martin and the Flaming Lips and earning dates along the way with everyone from Trampled By Turtles and Del McCoury to Yonder Mountain String Band and Sam Bush. NPR’s Mountain Stage hailed the band for putting a “Midwestern stamp on Appalachian [sounds],” while A Prairie Home Companion described them as “a force on the Minnesota roots music scene and beyond,” and The Current praised their live performances as “a frenzied string shredding spree that takes audiences under its spell.” Festival favorites in both the US and Europe, the band launched their own gathering, the Blue Ox Music Festival, in 2015, hosting Bela Fleck, Tyler Childers, Jerry Douglas, Margo Price, the Preservation Hall Jazz Band, The Infamous Stringdusters, Greensky Bluegrass, Shovels & Rope, Justin Townes Earle, and many more in Eau Claire, WI.
MOONCATS
Americonscious Campfire Folk, stemming from the heart of North Dakota. Music that gets ya grooving.